A family tradition since 1939. 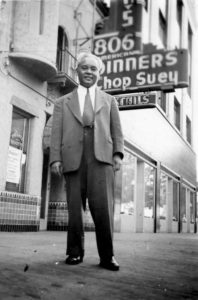 In 2014, the Fat Family Restaurant Group celebrated 75 years of service and proudly took its place as the oldest restaurant in Sacramento to be owned exclusively by one family.

Back in 1939 when Frank Fat opened his namesake restaurant, he never would have guessed his humble establishment would be filled with notable politicians, as well as people from all walks of life—from Sacramento and beyond.

Frank had a genuine interest in feeding people quality food—and he did so in a way that truly made them feel special. His influence guided the opening of Fat City Bar & Café in Old Sacramento in 1976, Fat’s Asia Bistro & Dim Sum Bars in Roseville (2000) and Folsom (2004) and Fat’s Catering (1980). Today, every Fat’s restaurant strives to maintain the Frank Fat tradition: handcrafted, culinary excellence delivered with incomparable service. While the cuisine offered at each Fat’s restaurant may vary—with French, Italian, American and Asian-inspired dishes gracing the menus—they all integrate classic flavors, fresh ingredients, innovative culinary techniques and modern-day fine dining.

In March of 2013, Frank Fat’s received the James Beard Foundation America’s Classics Award—an honor bestowed upon locally owned and operated restaurants that are the fabric of their community. The award was further proof that the exceptional culinary experiences and consistently spectacular service had not gone unnoticed. Today, each menu flourishes with an evolving vision of new dishes, as well as the classics that helped make the Fat Family Restaurant Group the culinary institution that it is today.